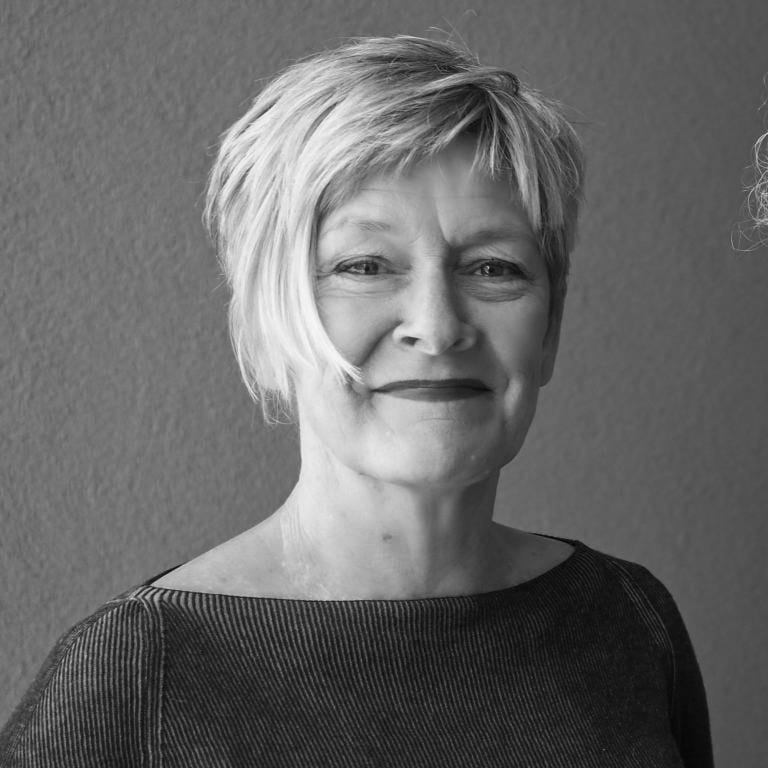 Andrea is at heart a story-maker and director in her roles as playwright, theatre director and community cultural development artist, working with communities throughout Australia, and touring professional productions through Australia, Britain, Europe and the US; and as an ethnographer, historian, dramaturge, curator and author.

Her talent to write and direct stories is what drives the creation and success of Kids Thrive as a ‘new cultural work’ being written and directed in the creative gaps of hybrid, cross-sector, co-design space.  She has built Kids Thrive from an initial, disruptive concept to a resilient, innovative and robust organisation. She leads Kids Thrive as a creative strategist, bringing together people, ideas and approaches from the arts, health, social welfare, education, community development, philanthropy and social justice sectors to find new solutions for old problems.

Andrea has been a freelance Writer, Director and Dramaturge developing and touring award-winning performance projects across Australia and internationally. She was Artistic Director of Melbourne’s Women’s Circus – for women who identify as survivors of sexual abuse or assault. She is the recipient of numerous awards including the Centenary Federation Medal for Services to Society through her contribution to the Arts; Third Sector Board Director of the Year Award (Finalist 2017); VicHealth Improving Mental Wellbeing Award (Kids Thrive 2017); NAB Schools First – Schools and Community Partnerships Awards (2014 and 2015); plus gold and silver awards from the Australian Writers’ Guild (Theatre and Film), Victorian Green Room (Theatre) and Edinburgh Fringe (performance).

She was recipient of a multi-year Australia Council Senior Artist Fellowship; and nominated for the University of Melbourne Chancellor’s Award for her doctoral thesis: Tough as Buggery – Traditional Australian Circus, Community and Belonging. Her research, including oral histories and photographic portraits with elderly circus performers throughout Australia, formed the basis for a major exhibition, The Circus Diaries at The Arts Centre, Melbourne. 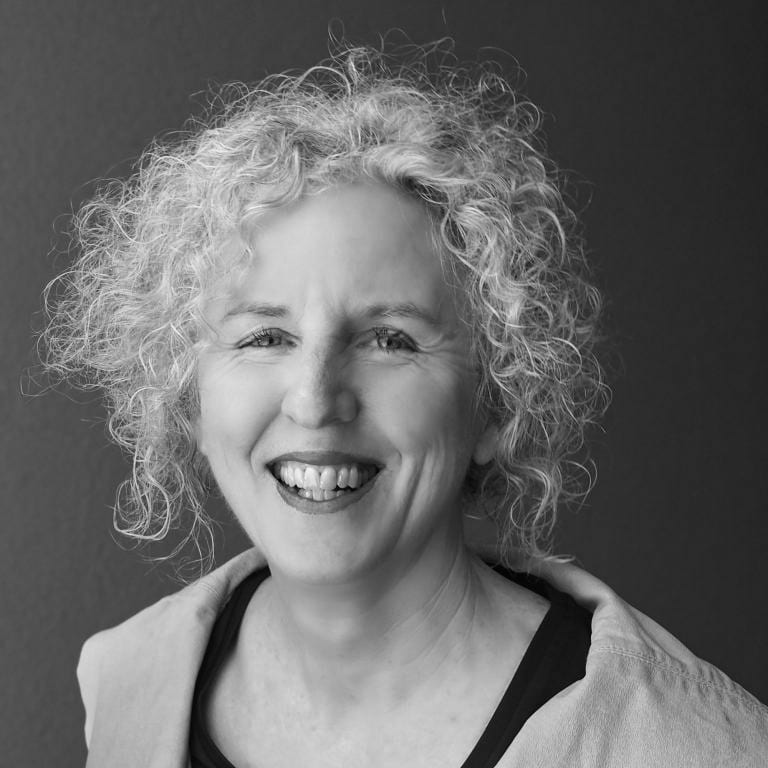 She was the first Australian composer to be an Australian Antarctic Fellow; is a recipient of the Centenary Federation Medal for Services to Society in Theatre, and was awarded the Australian Arts Business Foundation Community Award for Good Practice in Partnership. In her music performance role Andrea was drummer for Templedance, and in her solo persona was one of the first Anglo Australian artists to acknowledge the traditional caretakers at the beginning of each performance and to hold smoke-free gigs to mainstream music audiences. Her performance was a mix of Atari computer on an Art Deco stand with live all women band.

Andrea was founding Director of Adelaide’s Before You Were Blonde contemporary community choir, and Guest Director of Sing It Up Big Australian Indigenous Choir.

Her compositional works and concerts have featured in the Sydney, Melbourne and Adelaide festivals, ABC radio and television, Opera SA and The Finnish National Opera. She has created recordings for solo, stage and film works, and is founder of Gorgeous Girl Records, Cha Cha Sam music for big-spirited kids and their grownups, as well as  Kids Thrive. Andrea performs for adults under her own name, and for children as Cha Cha Sam. 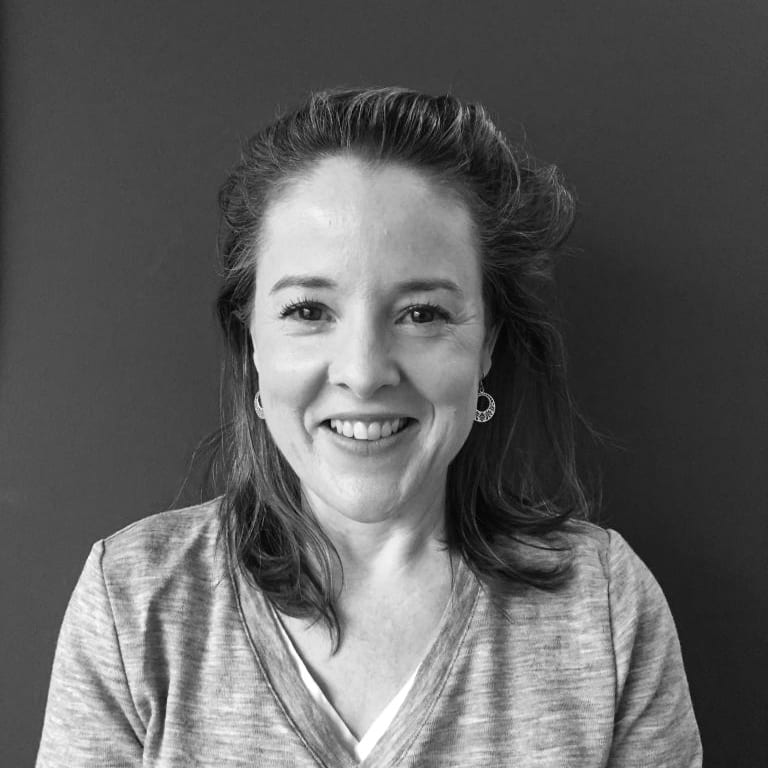 Alison is an experienced Developer and Manager of creative projects in the commercial and not for profit sectors. A graduate from RMIT with a Bachelor of Arts in Fashion Design, Alison has worked on projects from creative conception through to delivery, developing a skill set that she has utilised in successfully managing various products and programs across a range of industries.

Alison joined Kids Thrive in 2018 following an extensive career in the wholesale fashion industry which afforded her the opportunity to work in the UK, Europe and throughout Asia.

As General Manager at Kids Thrive, Alison’s strength in working with a wide variety of stakeholders, both internal and external, is central to her role in effectively supporting the management of these projects as well as running the day-to-day operations of the organisation.

As a mother, Alison is passionate about building and fostering children’s confidence and self-esteem. She cherishes taking an active role in her local school and community programs that encourage growth through challenge. 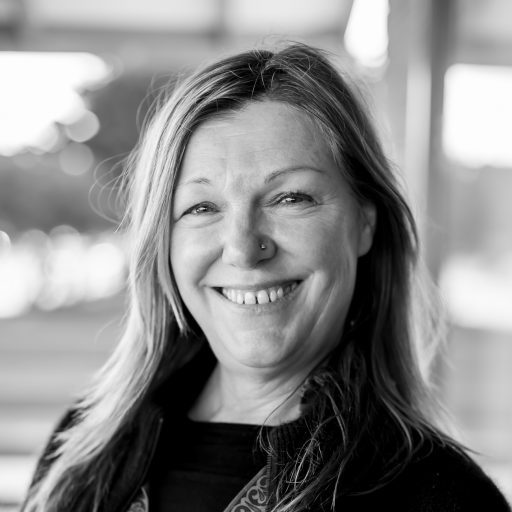 Philippa Armstrong is a writer and experienced Cultural and Community Development (CCD) worker who started out as a children’s librarian working in the public library system. It was here that she discovered the deep satisfaction of working for her local community. After leaving libraries, Philippa moved on to a career in CCD, working as an arts practitioner across visual arts, theatre, and creative writing. For ten years Philippa managed the highly regarded Roomers Program, a Port Phillip based creative writing program for rooming house residents and people with a lived experience of homelessness. She was Outreach Coordinator for the Elwood St Kilda Neighbourhood House, and also worked for Housing First – a social housing organisation.

As Programs Coordinator at Kids Thrive, Philippa brings her dedication to social justice and her enthusiasm for working with children to increase their skills and knowledge, and connections within their communities.

Having worked for many years in the community sector, Philippa believes strongly in creating safe spaces in which people can explore creative expression and self-determination. 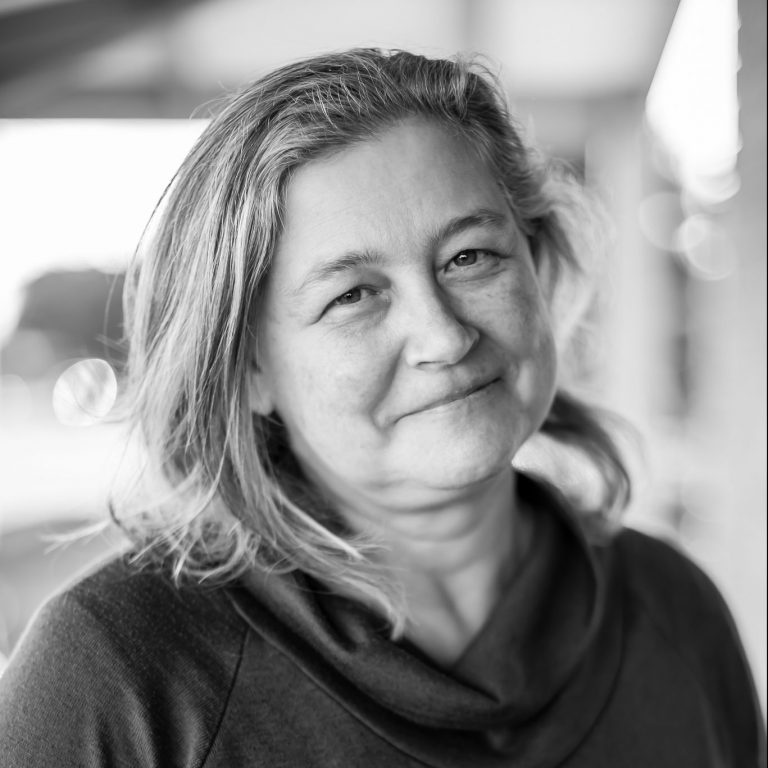 Marg is an experienced project and events manager. A passionate theatre maker, Marg has contributed to projects and events for Australian performing arts companies and community organisations. Her broad skillset has seen her take on the roles of stage manager, event coordinator and producer. Her most recent involvement at the Wonthaggi Union Community Arts Centre and Arts Centre Melbourne has included venue management, programming and logistics.

Marg has seen firsthand the effect that today’s unprecedented challenges have had on her own two children’s beliefs and expectations. She is excited to join the Kids Thrive Team, a team in which she can focus on children and their wellbeing in this new COVID normal world, and follow her vision to take aim right at the heart of social and emotional intelligence by empowering children and young people to find their voice.

Marg is now a permanent resident in Venus Bay, volunteering on the Venus Bay Community Centre board and the Tarwin Lower Memorial Hall committee of management. She hopes to contribute to the development of performing arts in the region by sharing her knowledge and experience with the growing communities of South Gippsland. 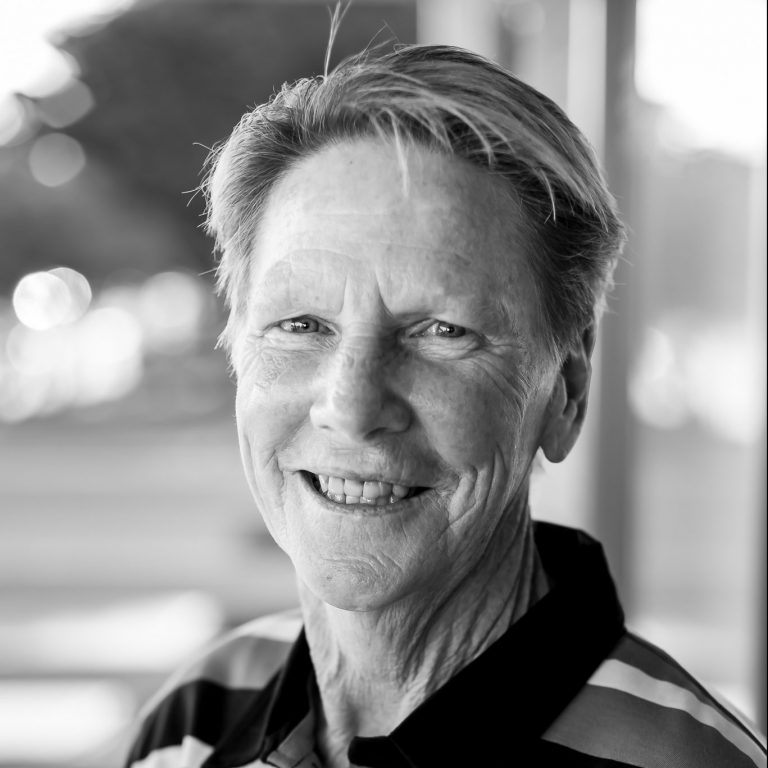 Jenny has over 40 years’ experience working with community organisations both during her former role with local government in the Bass Coast region, and now with Kids Thrive as the Community Liaison. As the Arts and Leisure Manager for Bass Coast Shire Council, Jenny was involved in the development of many community facilities and events, and fostered long standing relationships with community groups.

Jenny has been involved at a grassroots level with community organisations as an active member and office bearer for many years.  This experience has given her a hands-on knowledge of the challenges faced by them, and the important role they play in their local community.

Her interests in local theatre and music bring added experience to her role with Kids Thrive and the Kids as Catalysts program. 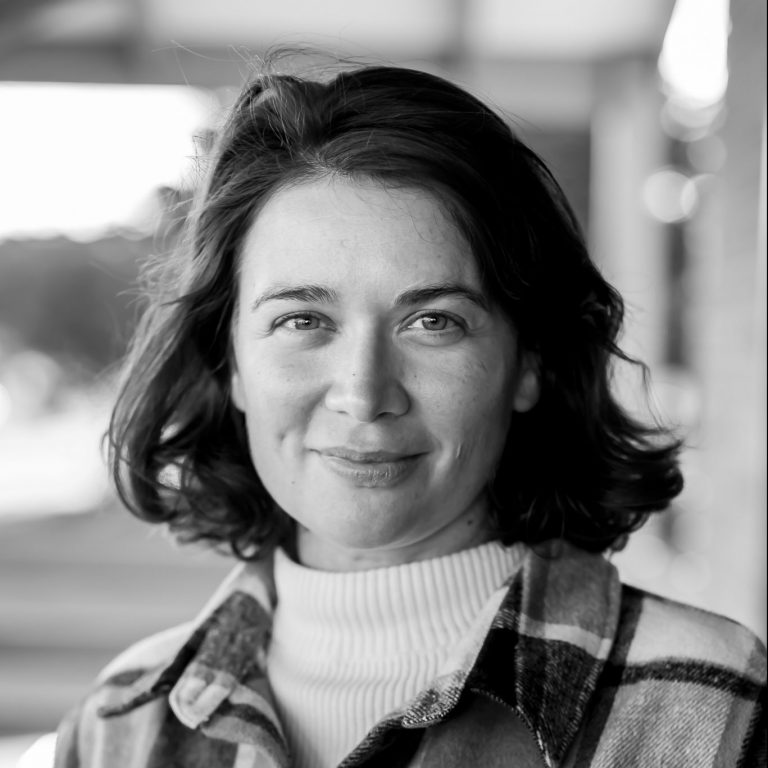 Iris is a French theatre director, actor, dramaturge, translator and educator, based in Australia since 2011, and in the Bass Coast region since 2018. She graduated in Acting at Cours Florent and Scenography at ENSAD, Paris. In 2014, She obtained a postgraduate Diploma in Directing for Performance at the Victorian College of the Arts and was the recipient of the Creative Scholarship.

Iris focuses her practice around new immersive/participatory forms of story-telling, and investigating ceremony and ritual as modes of performance. She is passionate about inclusive theatre and giving a voice to all members of the community. She has worked with all abilities companies like Back to Back Theatre in Geelong or (it’s no) drama in Leongatha.

Iris was part of the Creative Worker in School program, delivered by Regional Arts Victoria in 2021. She worked with primary school students on a film project written, designed and performed by the students in collaboration with local artists. Iris brings to Kids Thrive a commitment to nurturing children to be empowered to become creative thinkers and active members of the community. 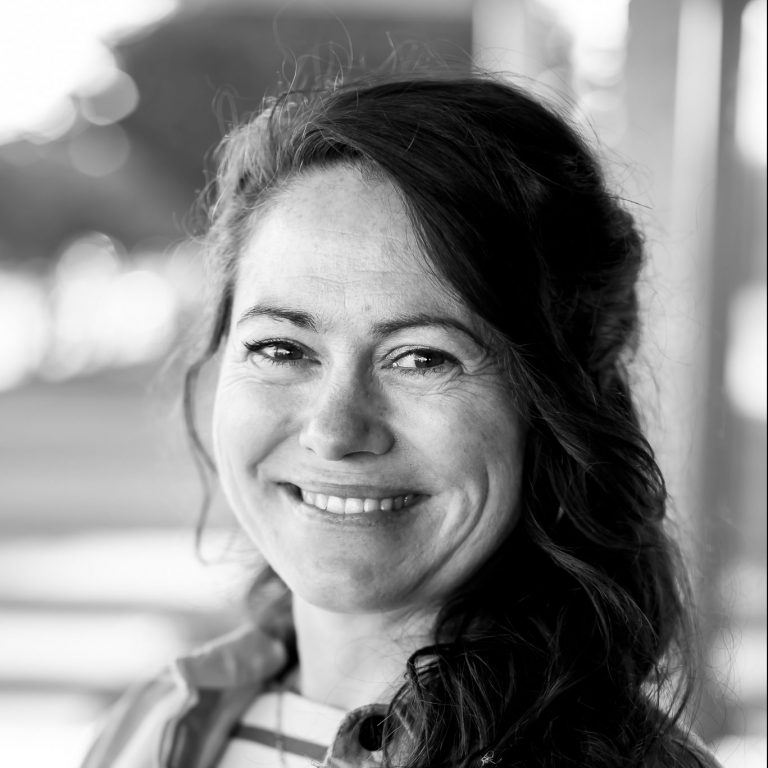 Lizzy Rich is an emerging contemporary artist who lives and works on Bunurong country of Bass Coast Shire of Gippsland, Victoria. Born in Naarm/Melbourne, Lizzy completed a BA of Fine Art (Object Based Practice) at RMIT in 2015 and has been exhibiting in and around Melbourne for more than a decade. Predominantly painting with acrylic on board, Lizzy also draws on her ceramic and sculptural training to inform her work.

A successful applicant of Victorian Governments 2021 Creative Workers in Schools Program, Lizzy is passionate about community engagement and education within her creative practice. From mosaic murals to collage and painting projects, immersive connection through ‘play’ is paramount to all of the work she facilitates and collaborates on. A commitment to nurturing children has led her to becoming one of the newest members of the Kids Thrive team. 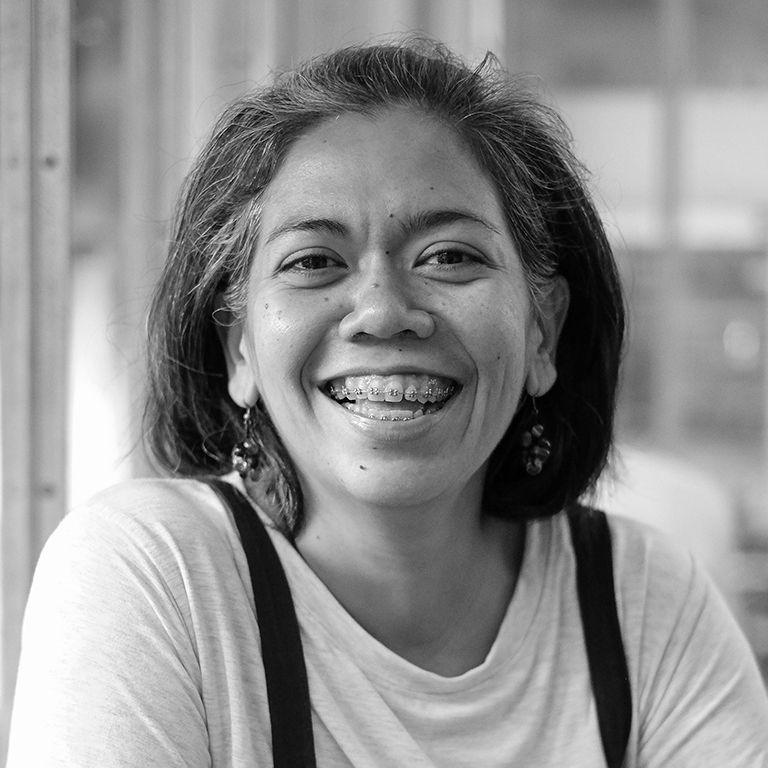 Anna Manuel is an educator, children’s storyteller, and entrepreneur. She has worked in education in different roles from preschool to college – as a reading teacher, outdoor school educator, programs consultant, and professional trainer. Constantly on the lookout for ways to make an impact, she found how storytelling can combine her experience in education, with her passion for performing and inspiring a reading culture among families and schools.

As a professional children’s storyteller, she has seen how children are naturally drawn to well-told stories. The act of coming together, telling, and listening to stories, is so powerful it fills our need for positive human connections. With her stories, she creates impressions, shifts, and wonder in children and adults alike.

Having lived in the Philippines, Thailand, and Australia, she has worked with highly diverse audiences in local and international schools, libraries, the community and arts sectors, and corporate organisations. She continues to coach other creatives who use stories in their work with children to be deeply connected with themselves, their creative work, and their audience. This fulfills one of Anna’s deepest joys – to create more spaces and opportunities for children to experience the power of stories to connect with and thrive with other human beings. 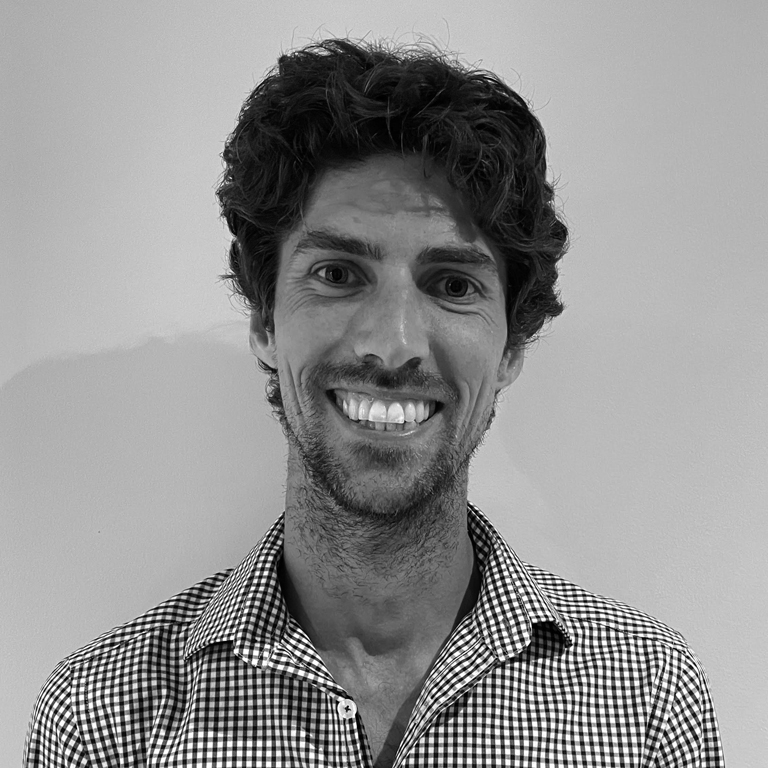 Nate Taiaroa is an experienced Chartered Accountant and entrepreneur with a passion for finding innovative ways to make the world a better place.

Nate has more than 15 years’ experience as a social entrepreneur and as a not-for-profit finance advisor, including 8 years as a manager in Ernst & Young’s Brisbane office. Nate is active on a number of local and international not-for-profit boards, most notably acting as the Treasurer for the Mirror of Hope C.B.O. in Kenya (2015 – 2020) and as Chairman for Mwembe Foundation Australia (2021 – current).

Since joining Kids Thrive in 2021, Nate has contributed to improving Kids Thrive’s financial processes & policies, budgeting, cashflow management and board reporting. He has also spent a considerable amount of time upskilling our team to ensure Kids Thrive can make better, more timely and more educated financial decisions. In the process, becoming a more financially resilient and sustainable organisation.

Keep up to date with our nationwide projects and latest news.

Kids Thrive acknowledges and pays respect to the past, present and future traditional owners and elders of the country on which we work.